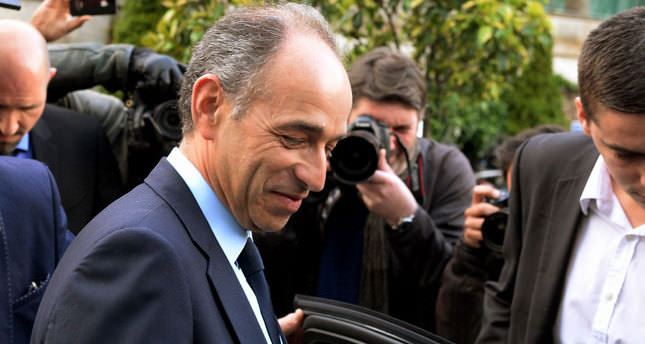 by Associated Press May 28, 2014 12:00 am
PARIS — The leader of former French President Nicolas Sarkozy's conservative party resigned amid a scandal over financing of Sarkozy's losing 2012 presidential campaign. The turmoil comes just as the far right emerged on top in France's voting for European Parliament, rocking the French political establishment. Sarkozy's UMP party held a tumultuous meeting Tuesday, and afterward party members tweeted and told French television that chief Jean-Francois Cope agreed to resign as of June 15. Three former prime ministers Francois Fillon, Alain Juppe and Jean-Pierre Raffarin will assure party leadership after that until a party congress in October, the party members said. The shakeup was prompted by French media reports saying that a company run by friends of Cope pocketed millions of euros for fictitious or overbilled campaign events during the 2012 presidential race.