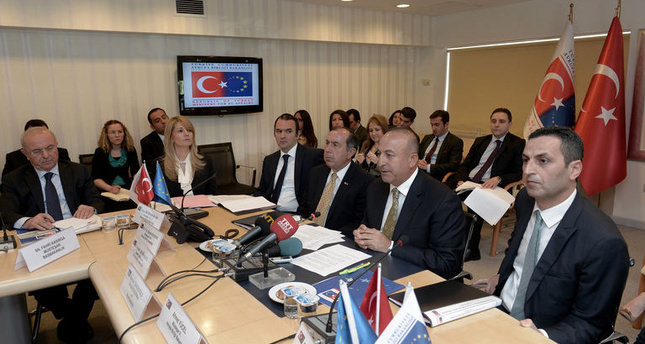 by AA May 30, 2014 12:00 am
COLOGNE — Turkey's EU Minister Mevlüt Çavuşoğlu met with members of the Union of European Turkish Democrats (UETD) in Cologne, Germany on Thursday.

Çavuşoğlu said the the group has come a long way in 10 years and gained respect not only in Turkey but in different parts of the world.

Turkey's first round of presidential elections will be held on August 10, during which Turkey's next president will be elected by the people for the first time, including citizens abroad, according to Çavuşoğlu.

"Our [brothers and sisters] living abroad are saying, 'I'm going to vote in this election; I will have my say," he added.

Erdoğan has not officially announced that he will run for the presidential elections.