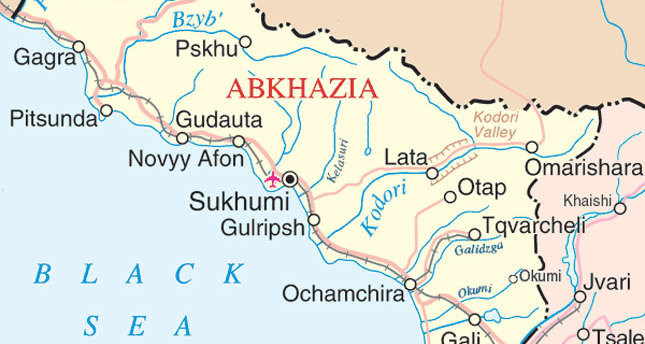 by May 31, 2014 12:00 am
SUKHUMI, Georgia — The parliament of Georgia's breakaway region of Abkhazia has voted to hold early presidential elections in August, a deputy said on Saturday, in a move denounced by the prime minister as "revolutionary" after the opposition seized control.


On Tuesday protesters broke into the capital's presidential headquarters and opposition leaders formed a Provisional National Council in the Russian-backed province, which they say is now under their control since President Alexander Ankvab fled the capital.
"We asked him (Ankvab) to step down two days ago. Today we decided that we can simply set up new elections," opposition deputy Beslan Butba told Reuters by telephone.
The parliament's speaker will act as president until the vote on August 24, Butba said.
On Friday, Ankvab, who is believed to be at a military base under Russian jurisdiction outside the main city of Sukhumi, said he would ignore an appeal by parliamentarians to quit and to sack his prime minister.
The vote for early elections was backed by 23 of the 24 members of the 35-seat parliament who were present at Saturday's session, but Prime Minister Leonid Lakerbaya said the result was unconstitutional.
"It's not within the parameters of the law. It's a revolutionary decision," Lakerbaya said in a statement.
Whoever leads Abkhazia, it will continue to have close ties with Moscow, on which it depends for political and economic assistance. The opposition describes the unrest as a local issue and draws no parallels with events outside the province.
But any bloodshed or protracted unrest could be embarrassing for Russia, which angered the United States by recognising Abkhazia as an independent state and recently annexed another breakaway region - Crimea - from Ukraine.
Abkhazia and South Ossetia, both relatively poor provinces in Georgia, were the focus of a war between Georgia and Russia in 2008 and now rely on Moscow's backing.