Meskhetian Turks in East Ukraine call on Turkey for help 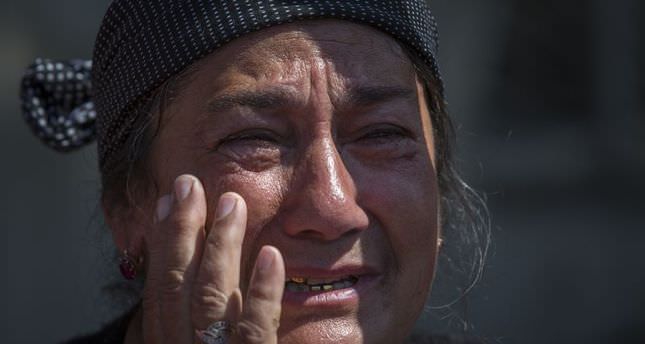 by Anadolu Agency May 31, 2014 12:00 am
DONETSK — The World Union of Ahiskan Turks (DATUB) called on the Turkish government to bring the Meskhetian Turks, also known as Ahiska Turks, which finds itself stuck in the middle of clashes in eastern Ukraine, to Turkey immediately.

"Fortunately, none of ours was wounded or killed there so far, Burhan Ozkosar, Deputy Chairman of the World Union of Ahiskan Turks told (AA) on Friday. But the damage is big. Three of our houses were demolished by mortal shells."

According to Ozkosar, there are around 500 Meskhetian Turks remaining in eastern Ukraine, who "need to be brought to Turkey immediately" on refugee status.

"They are waiting for what will happen to them there helplessly, he said. Some of them want to migrate to Ahiska region [in Georgia]. But a majority of them are asking Turkey to accept them as refugees."

On Thursday, at least 700 people from the Turkish-speaking minority in eastern Ukraine were forced to abandon their homes after being persecuted by pro-Russian separatists and Kiev supporters, according to a community representative Nebican Basatov.

Meskhetian Turks are originally from a part of southern Georgia close to Turkey's border.

Expelled by Joseph Stalin from their homeland in 1944, they faced discrimination and human rights abuses before and after deportation. Those who migrated to Ukraine in 1990 settled in shanty towns inhabited by seasonal workers.