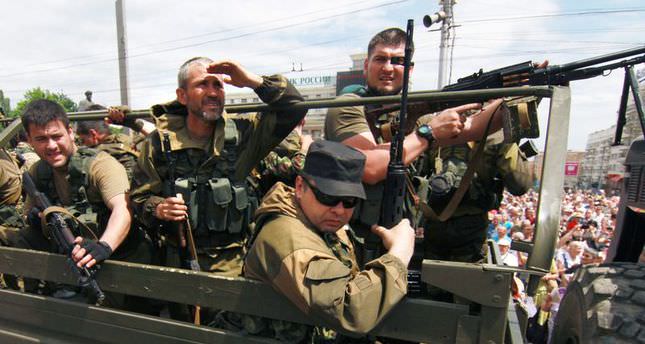 by
May 31, 2014 12:00 am
MOSCOW —Russia's Foreign Ministry criticized a suggestion by an official that an international monitoring body could withdraw its observer mission from Ukraine because of safety concerns, as shooting between government troops and pro-Russian rebels continued in the region on Saturday.

The Organization for Security and Cooperation in Europe says it lost contact on Thursday with a group of five monitors in separatist eastern Ukraine. Another four-member team has been held by eastern rebels since Monday.

Wolfgang Ischinger, the OSCE's negotiator on national dialogue in Ukraine, told German broadcaster ZDF this week that the monitor mission might have to withdraw if the organization fears for its employees' lives.

But the Russian ministry said in a statement Saturday that "amid Kiev's intentionally intensified punitive operation in the east of the country, it is essential to step up the work of international observers."

Confrontations continued Saturday between government troops and the rebels, who have seized administrative and police buildings across the east and want to join the region to Russia.

At a government-controlled checkpoint in the city of Slovyansk, which has been the epicenter of the conflict, troops came under fire but repelled the attack. No casualties were reported in the latest attempt to break the army's ring of checkpoints around the city.

Vladislav Seleznev, press secretary for Ukraine's anti-insurgent operation in the east, said Saturday that the army had successfully destroyed a cannon in Slovyansk, which he said rebels had been using to shell civilian buildings in the town.

As violence escalated in the region, the Ukrainian and pro-Russian sides have blamed each other for the rising number of civilian casualties in the conflict.