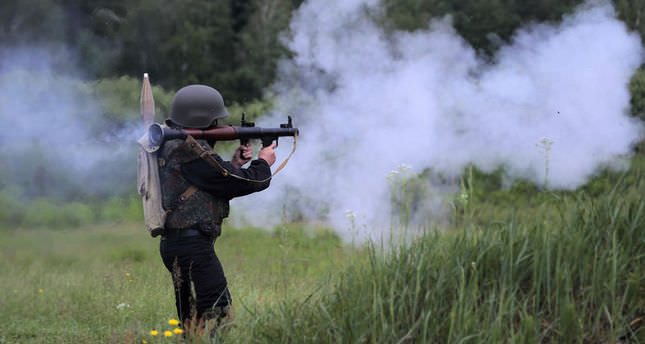 by AA Jun 03, 2014 12:00 am
NEW YORK — Russia submitted a proposal to a UN Security Council on Monday, calling for the opening of humanitarian corridor and an end to the ongoing clashes in the east of Ukraine, which met with criticism from the West.

Members of the UN council convened in a closed session to evaluate the developments in Ukraine upon Russia's request.

The proposal called for an end to the worsening violence in eastern Ukraine and safe humanitarian aid, urging parties to conduct a sustainable ceasefire.

Russia's representative to UN, Vitaly Churkin accused the Ukrainian security officers of causing unrest during his speech at the session and claimed that Ukraine's army attacked civilian-populated regions with heavy arms and besieged several cities.

On the other hand, Gerard Araud, France's representative to the UN, said in his Twitter account that the crisis in the country is not a humanitarian one, but a military and political one and called for a political solution.

Meanwhile, U.S. Vice-President Joe Biden will visit Ukraine to attend a ceremony for the newly elected President Poroshenko who will take office on June 7.