Plane shot down in Ukraine's east after 'pro-Russia attack' 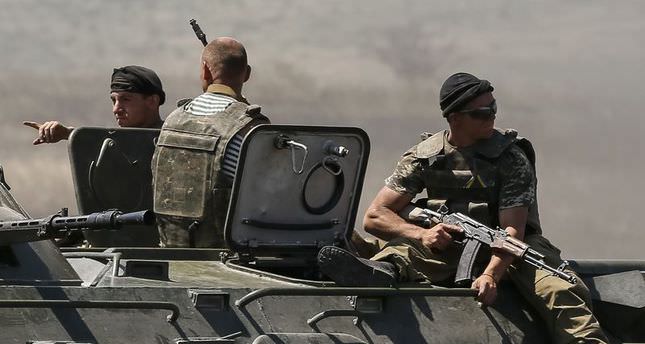 by AA Jun 07, 2014 12:00 am
SLOVIANSK, Ukraine — An Ukrainian military plane has made a forced landing after being hit by gunfire from pro-Russia separatists in the eastern province of Sloviansk, according to Ukrainian officials.

The cargo plane was carrying aid when it was struck by fire from armed militias, Ukrainian spokesman Vladislav Seleznev said on Saturday.

Meanwhile, two Ukrainian soldiers were injured in a gunfight with pro-Russian forces at a checkpoint in the city.

The violence comes a day after Russian president Vladimir Putin met Ukrainian president-elect Petro Poroshenko on the sidelines of the D-Day celebrations in France.

Putin hailed a plan put forward by the new Ukrainian leader to put an end to the ongoing crisis in the country.


Pro-Russia separatists continue to fight against the Ukrainian army in a bid to break away from Kiev.