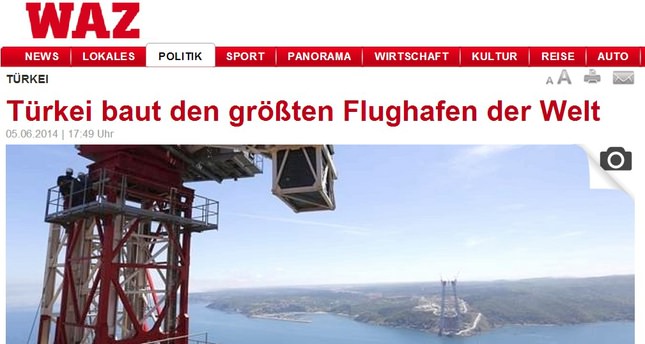 by Daily Sabah Jun 07, 2014 12:00 am
ESSEN — Turkey's mega Airport project has a broad repercussion in world press, especially in Germany where for the 3rd Airport project's fate in Berlin is still uncertain.

Der Western described Erdoğan's ambitious vision saying: "By the year 2023, when marking the 100th anniversary of founding of the Turkish Republic, Erdoğan wants to make Turkey one of the ten largest economies in the world. Huge infrastructure projects will pave the country the way into the premier league of industrialized nations."

The third airport will have a capacity of 150 million passengers per year. It will be the largest aviation hub in Europe by 2018.