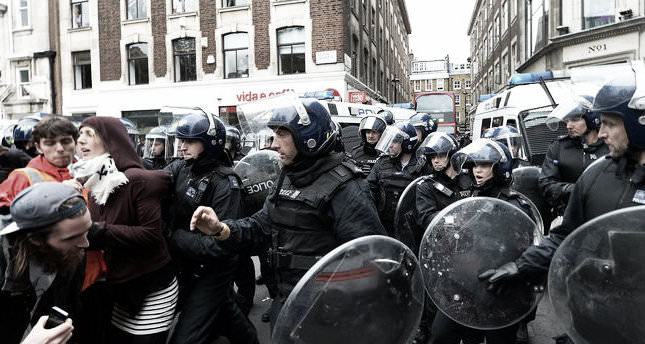 by AA Jun 11, 2014 12:00 am
Deputy Mayor of London, Stephen Greenhalgh announced on Wednesday that TOMA Intervention Vehicles will be purchased from the German federal police to reinforce London Police's control in extremist social events.

The mayor office informed that 30000 pounds will be paid for each vehicle. And added, in order to control the extremist events on the streets, municipality authorities consider the Police should have TOMA (Intervention Vehicle to Social Events).

London Police praised the London municipality authorities' decision to buy TOMA vehicles. In a written statement London Police said that upon looting events in London streets in 2011, London police had asked the permission to use pressured water from the London municipal authorities to maintain the public order. Police office believes that TOMA will assist to fight more effectively in extreme turmoil situation".

The Association of Chief Police Officers (ACPO) reported that in last decade 4 cases recorded where Police needed to use water cannon to control events.