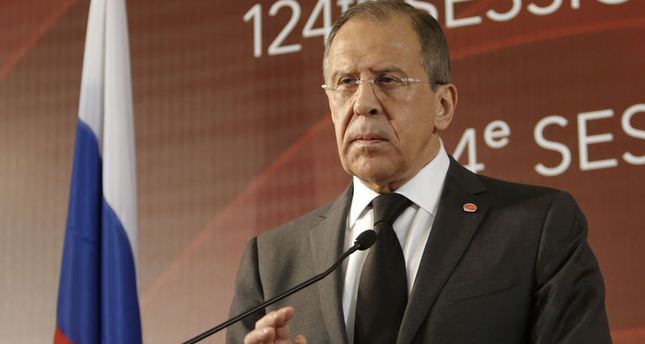 by Jun 12, 2014 12:00 am
Russia plans to submit a draft resolution to the U.N. Security Council to put pressure on Ukraine to implement a "road map" to peace, Foreign Minister Sergei Lavrov was quoted as saying on Thursday.

The road map was drawn up by the Organization for Security and Cooperation in Europe in May to give impetus to a deal reached in Geneva by the European Union, Russia, Ukraine and the United States to try to end the crisis in Ukraine.

Lavrov accused Kiev of not abiding by the Geneva agreement or the road map and blamed it for the failure to end violence in east Ukraine, where the Ukrainian army is battling pro-Russian separatists who control several towns and cities.

Russia has already submitted several draft resolutions on Ukraine to the Security Council which have been rejected.

"We have assigned our (U.N.) envoy in New York, Vitaly Churkin, to submit a draft resolution to the Security Council on the situation in Ukraine," the state-run Itar-Tass news agency quoted Lavrov as saying.

"That is because the lack of any progress in the efforts to end the violence ... is causing growing concern," he said.

Ukraine and its Western allies accuse Russia of fuelling the uprising in east Ukraine, but Moscow denies this. The separatist rebels have called on Russia to send in peacekeepers but Lavrov said their deployment was not warranted by the situation.