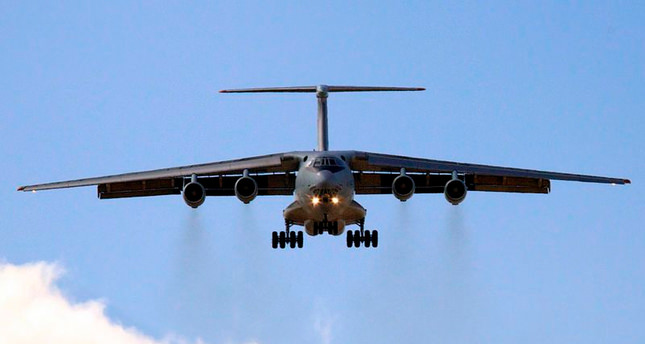 by Jun 14, 2014 12:00 am
Forty-nine Ukrainian military personnel were killed when rebels shot down a cargo plane during the night over the airport of the eastern city of Luhansk, a military spokesman said on Saturday.

Luhansk is one of the centres of a pro-Russian separatist movement in Ukraine's east which has risen up against the pro-European government in Kiev.

"On the night of June 13-14, the terrorists...fired from an anti-aircraft weapon and a large calibre machine gun, shooting down an Il-76 military transport aircraft ... as it was about to land," the Defence Ministry said in a statement.

It gave no death toll but a military spokesman, Vladislav Seleznyov, later said by telephone that 49 had been killed.

The toll would be the biggest suffered by government forces in a single incident since Kiev started a military operation to try to defeat the insurgency in east Ukraine, which the rebels want to be part of Russia.

Scores of people, including rebels, civilians and government troops, have been killed in the violence since April.