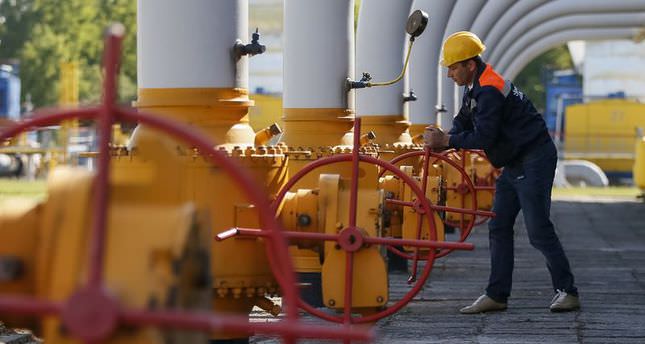 by Jun 16, 2014 12:00 am
MOSCOW — Russia cut off gas supplies to Ukraine on Monday as a payment deadline passed and negotiators failed to reach a deal with Russia on gas prices and unpaid bills.

Gazprom's spokesman Sergei Kupriyanov said that since Ukraine had paid nothing for the gas by Monday Moscow has no legal grounds to supply it to Ukraine any more.

Kupriyanov added, however, that the supply to Europe is going as planned and Ukraine has the obligations to make sure the gas will reach European customers.

Russian wanted payment of $1.95 billion for past due bills by 9 a.m. Kiev time Monday. As the deadline passed Gazprom issued a statement that it would start demanding payment in advance for gas.

The European Commission said in a statement Monday that Ukraine was ready to accept a compromise in talks in Kiev of paying $1 billion now and more later, but Russia was not.

European Union energy official Guenther Oettinger said he was "not pessimistic" that agreement could eventually be reached.

Russian Deputy Prime Minister Arkady Dvorkovich told Russia news agencies on Monday that the decision on what to do next in relation to Ukraine will be taken following a meeting between Gazprom's CEO Alexei Miller and President Vladimir Putin.