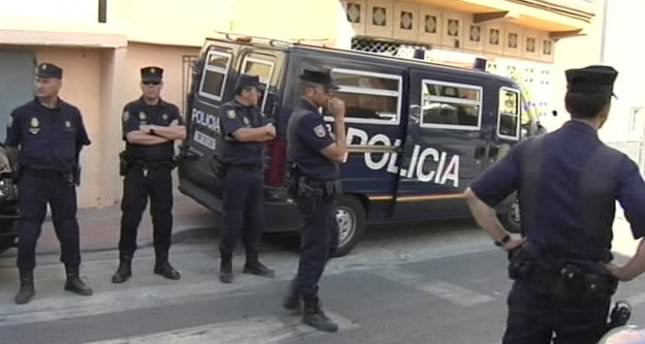 by Daily Sabah Jun 17, 2014 12:00 am
European countries are taking measures against members of ISIS to obstruct their recruitment efforts. Spain arrested eight ISIS members while German police are believed to have arrested three in two weeks.

Spain's Interior Ministry stated yesterday that at least eight people were arrested on suspicion of being involved in the international terrorist recruiting network, the Islamic State in Iraq and the Levant (ISIS). The ministry indicates that Spanish police have been following this international network, which aims at recruiting people into ISIS militant groups in order to engage in the ongoing fights in Syria and Iraq. It is claimed that the network has many connections in various countries such as France, Belgium, Tunisia, Morocco, Libya among many others.

In addition to the eight detainees arrested in the militant raid, German daily Frankfurter Allgemeine Zeitung reported on Sunday that a French ISIS fighter was arrested by German federal police.

The report stated that the person who fought for ISIS was a 31-year-old man and a dual citizen of France and Algeria. France announced that a Tunisian suspected of recruiting young people to join the war in Syria and Iraq was deported on Saturday. The reports also show that two other ISIS militants were arrested in Frankfurt and Stuttgart last week. Amid mounting concerns in Europe, many insurgents have been arrested due to the security threat posed by ISIS rebel groups fighting in Syria and Iraq. ISIS militants have conducted heavy attacks in many cities which have resulted in the massacre of hundreds of captured Iraqi soldiers.
Last Update: Jun 17, 2014 1:04 am
RELATED TOPICS