Student stabbed to death in UK 'targeted for muslim dress' 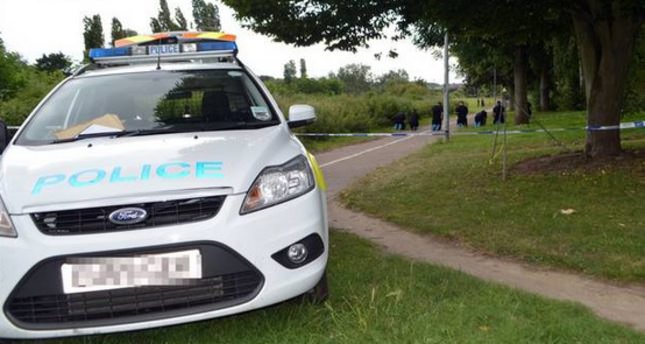 by Anadolu Agency Jun 19, 2014 12:00 am
A Saudi woman in her early 30's was murdered and was found to have injuries to her face and stab wounds to her body. Detectives said they believe the Saudi young woman was brutally murdered in a frenzied knife attack as she was targeted for wearing an Islamic attire and headscarf.

"We are conscious that the dress of the victim will have identified her as likely being a Muslim and this is one of the main lines of the investigation," Detective Superintendent Tracy Hawkings was quoted by The Independent.

"But again there is no firm evidence at this time that she was targeted because of her religion," she added.

She was a student in her early 30s who was wearing a hijab and a full-length navy blue robe, called an abaya. She was knifed to death on a footpath in Colchester on Tuesday morning.

The police said she passed away at the scene due to facial injuries and stab wounds to her body.

"Prince Mohammed bin Nawaf expressed in a telephone call on Tuesday to the brother of the deceased his sincerest condolences to her family, affirming the embassy's speed in taking all the procedures for the transfer of the body of the deceased to the kingdom," the embassy said.

Uniformed officers stepped up their patrols around the site of the stabbing, which took place between 8.30am and 11am near St Andrew's infant and nursery school.

A 52-year-old man is being questioned by police in connection with the killing.

In a university with students from different cultural backgrounds, the murder offered a shock for hitting a new level of racism.

"It's a very big incident especially since it took place during the day and not at night," Abdul Razak, a linguistics student, told The Independent.

Concerns were raised about crime around the estate where the woman was killed. Where a number of students flats exist.

The university said yesterday it was running a shuttle bus to areas off campus during the evening for concerned students.