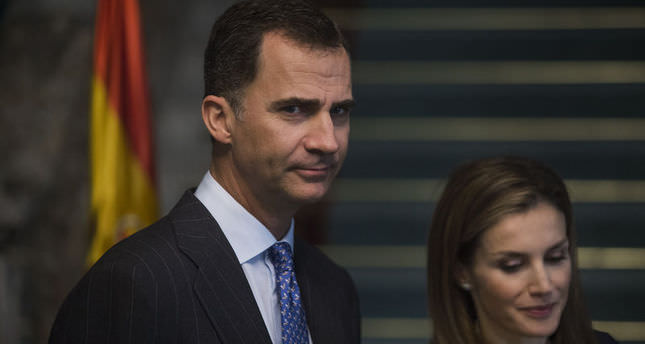 by Jun 21, 2014 12:00 am
Spain's new king and queen have met victims of terrorism in their first official act together since being proclaimed monarchs.

In his first speech as king at his proclamation in Parliament on Thursday, King Felipe VI said those who had been victims of terrorist violence, who "lost their lives or suffered to defend our freedom," would be remembered with "immense respect."

Saturday's meeting was attended by representatives of several groups of terror victims, who asked the king and Queen Letizia to press for justice in unsolved crimes committed by the separatist group ETA. Interior Minister Jorge Fernandez Diaz was also present.

Daniel Portero, who heads the Dignity and Justice association, said there are more than 300 ETA-related murder cases that have not yet been solved.