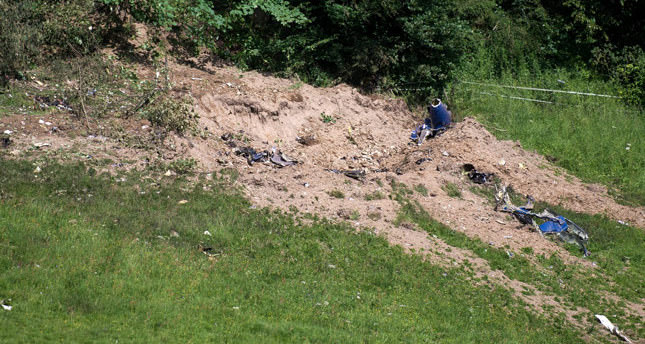 by Jun 23, 2014 12:00 am
A civilian plane crashed Monday in western Germany after colliding with a military jet during joint exercises, a police spokeswoman said. The Lear jet with two people on board went up in flames when it crashed in a forested area in the Sauerland region, she said. At least one of the people on board the Lear jet was killed.

The civilian aircraft flew over Olsberg after the collision before it crashed behind houses on the edge of town. The Eurofighter jet was severely damaged but landed safely at a military base in Noervenich near Cologne, Colonel Andreas Hoppe said.

Both of the aircraft were struck on the wing and fuselage, he said. The crash site was hard to access, but body parts were found near the crash site, a police spokesman in Meschede said.

The Lear jet belonged to a subsidiary of Airbus Defence and Space that is contracted to assist the German military on its manoeuvres. Investigators from the military and government were dispatched to the crash site.