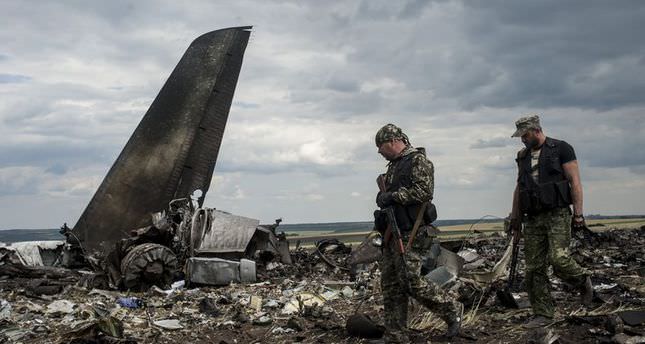 by AA Jun 25, 2014 12:00 am
Pro-Russian separatists have downed an army helicopter in Slavyansk killing nine military specialists on board, according to Ukrainian officials.

The MI8 army helicopter was shot down by a rocket fired by pro-Russians on Tuesday, despite their ongoing ceasefire agreement with the Ukrainian government, said Ukrainian Antiterrorist Operation spokesperson Vladislav Sleznev.

Ukrainian President Poroshenko declared a week-long unilateral ceasefire last Saturday in order to give diplomats a chance to end clashes between the Kiev-controlled Ukrainian army and pro-Russian separatists in Donetsk and Luhansk regions to the east.

The separatists said they would abide by the ceasefire until Friday.

Separatists declared their intention to break away after the government in Kiev was overthrown by pro-West demonstrators in February.

They hope to follow the example of Crimea, which was annexed by Moscow after a controversial referendum in March.