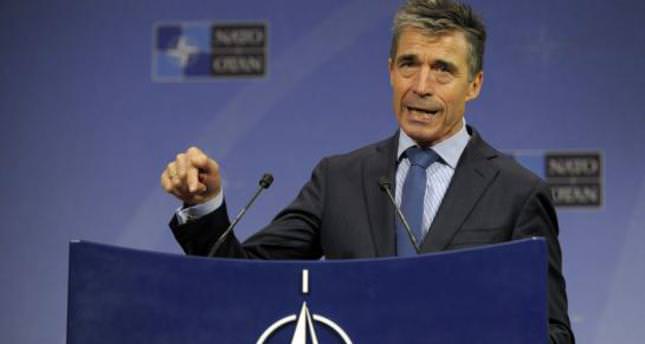 by reuters
Jun 25, 2014 12:00 am
The head of NATO said on Wednesday he saw no sign that Russia was respecting its international commitments over Ukraine as Britain warned Moscow it could face tougher European Union sanctions unless it acted to stop fighting in eastern Ukraine.

NATO has already suspended all practical cooperation with Russia over Moscow's annexation of Ukraine's Crimea region though it has kept open high-level political contacts.

"I regret to say that we see no signs that Russia is respecting its international commitments," NATO Secretary-General Anders Fogh Rasmussen told reporters during a meeting of alliance foreign ministers in Brussels.

"So today we will review our relations with Russia and decide what to do next," he said, without specifying how Moscow's actions had fallen short.

EU leaders may discuss imposing tough economic sanctions on Russia at a Brussels summit on Friday if they do not see Russian action to support Poroshenko's proposals.

Russian President Vladimir Putin asked Russia's upper house on Tuesday to revoke the right it had granted him to order a military intervention in Ukraine. But at the same time Kiev said pro-Russian rebels in east Ukraine had shot down a military helicopter, most likely killing all nine people on board.

It was the most serious breach of a temporary ceasefire agreed in talks between government and rebels less than 24 hours earlier.