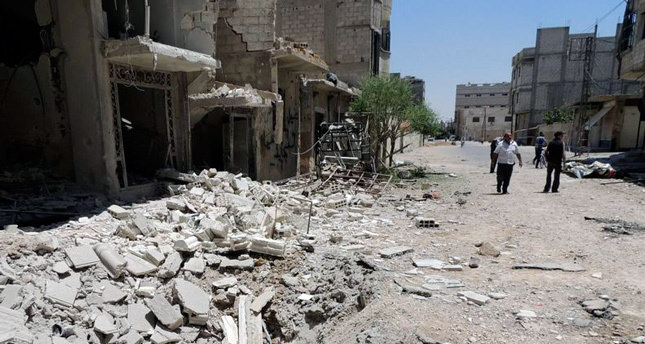 by Jun 28, 2014 12:00 am
Two people were killed and dozens wounded when a car bomb exploded in a town on the outskirts of Damascus on Saturday, a rights watchdog reported.

Earlier this month, a bombing killed eight people in Douma. Rebels accused the jihadist Islamic State of Iraq and the Levant (ISIL) of carrying out the attack against other Islamist groups fighting to oust the regime of President Bashar al-Assad.

At least 162,000 people have been killed in Syria since the crisis started in March 2011, according to the Britain-based group.