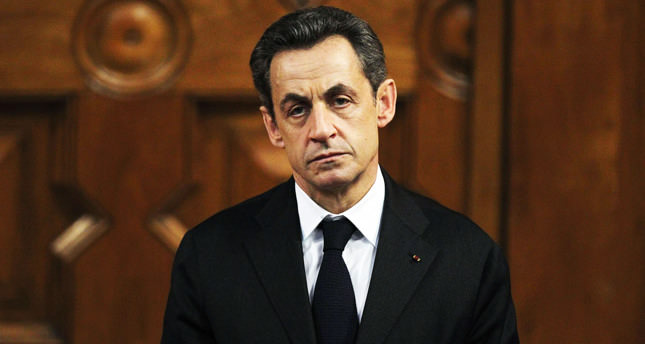 Investigators summoned Sarkozy, president from 2007 to 2012, to their offices in Nanterre, near Paris, a day after holding his lawyer Thierry Herzog.
Two judges – Gilbert Azibert, a senior court of appeal judge, and Patrick Sassoust – were also detained.

Private broadcaster BFM said the four were being questioning as part of the same inquiry into alleged interference in another investigation about alleged financial support from Libyan leader Muammar Gaddafi for Sarkozy's 2007 presidential campaign.

Sarkozy has previously been reported as considering a run for the presidency in 2017.

Local media reported that it is the first time in modern France that a former head of state has been held in custody, although ex-President Jacques Chirac was given a suspended prison sentence in 2011 for offences committed while he was mayor of Paris.

In April, French media said investigating judges had bugged Sarkozy's phone calls as part of the investigation into the alleged Gaddafi donation.