German agent suspected of spying for US: reports 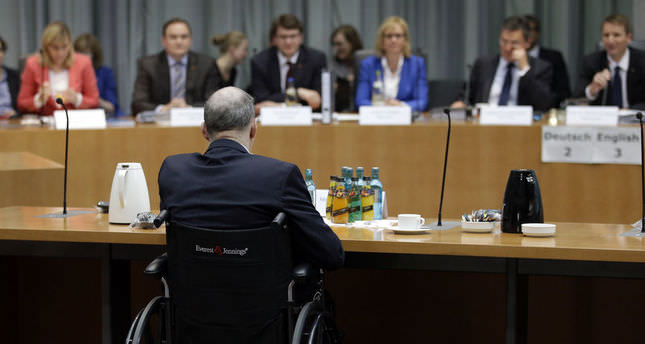 by Jul 04, 2014 12:00 am
An employee of Germany's foreign intelligence service is suspected of spying for Washington on a parliamentary panel probing US surveillance, media reports said Friday.

The federal prosecutor general confirmed that a 31-year-old German was arrested Wednesday on suspicion of acting for a foreign intelligence service, without specifying which one.

"At the present time we are issuing no further information on the proceedings," a spokeswoman for the federal prosecutor's office told AFP.

But several German media outlets said the suspect was working for a US intelligence agency.

German government spokesman Steffen Seibert said Berlin would wait for the police investigation before reacting but added that spying for a foreign intelligence service was not something "we take lightly".

"If because of this consequences must be taken, then they will be taken. But we are not yet at that stage," he told reporters.

Chancellor Angela Merkel was informed of the case Thursday, he said, declining to say whether she had discussed the matter with US President Barack Obama in a telephone call the same day focused on Ukraine.

According to public broadcaster NDR, the man was arrested on initial suspicion of seeking contact with Russian secret services and, in questioning, apparently admitted having handed information to a US agency.

Investigators did not rule out that the suspect had given false information, NDR said.

Berlin set up a parliamentary panel in April to assess the extent of spying by the US National Security Agency (NSA) and its partners on German citizens and politicians, and whether German intelligence aided its activities.

Germans were outraged by revelations last year that the NSA allegedly eavesdropped on Merkel's conversations, as well as about wider US surveillance programmes of Internet and phone communications.

The revelations strained ties between Washington and Germany, a key European ally, which both countries' leaders have been at pains to repair.