Mother stabs French teacher to death in front of students 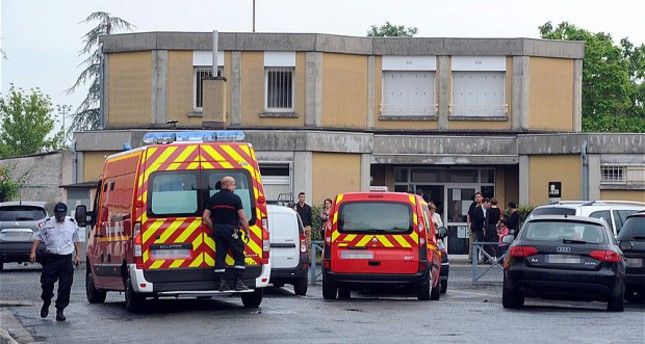 by Jul 04, 2014 12:00 am
A primary school in southern France was in shock on Friday after a female teacher was stabbed to death in front of her pupils by a student's mother, who was quickly detained.

Education Minister Benoit Hamon rushed to the school to coordinate the government response and later told journalists that the assailant appeared to have "psychiatric problems".

The attack on the 34-year-old teacher took place around 9:00 am (0700 GMT) as morning classes began on the last day of term at Albi's Edouard Herriot primary school, which is attended by 284 students aged from three to 11.

"This morning, a mother showed up with a knife and stabbed a 34-year-old teacher in front of her students, for reasons that will be determined by the investigation," Albi prosecutor Claude Derens told AFP.

"When I arrived at the scene they were trying to revive her. She was in cardiac arrest in her classroom," he said.

The victim, a mother of two small children, taught in the school's kindergarten.

Students and teachers were evacuated from the school immediately after the attack.

The assailant was described as a 47-year-old woman and it was not known if her child was in the classroom at the time of the stabbing.

"This is an appalling act, a murder, a murder of a teacher in her classroom, in front of her students, by a woman who... seems to suffer from significant psychiatric problems," Hamon said after arriving in Albi.

"All state services will be mobilised to take care of these children and the staff who witnessed this awful tragedy," Hollande said in a statement.