Russia wants better ties with the US: Kremlin 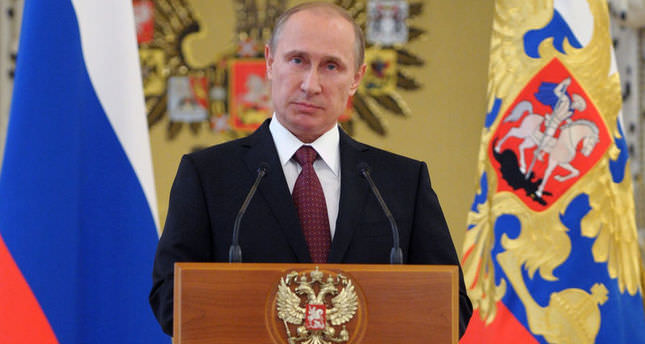 by Jul 04, 2014 12:00 am
Russian President Vladimir Putin called for better relations with the United States on Friday in a congratulatory message to President Barack Obama marking U.S. Independence Day.

Relations are at their lowest ebb in years, soured by disagreements over the conflicts in Ukraine and Syria and by differences on human rights and democracy. Both are veto-wielding members of the United Nations Security Council.

"The head of the Russian state expressed hope that ... ties between the two countries will develop successfully on the basis of pragmatism and equality despite difficulties and disagreements," the Kremlin said in a statement.

"Vladimir Putin also highlighted that Russia and the United States, as countries carrying exceptional responsibility for safeguarding international stability and security, should cooperate not only in the interests of their own nations but also the whole world," it said.

The United States has curbed its cooperation with Russia and imposed sanctions on some Russian firms and individuals over Moscow's role in Ukraine following Russia's annexation of the Crimea peninsula from Ukraine.

Washington has also threatened to impose more sanctions on Russia over what it regards as Moscow's support for a separatist rebellion in east Ukraine.

Moscow denies orchestrating the uprising and accuses Washington of trying to contain its former Cold War enemy to try to continue what Moscow regards as U.S. hegemony.