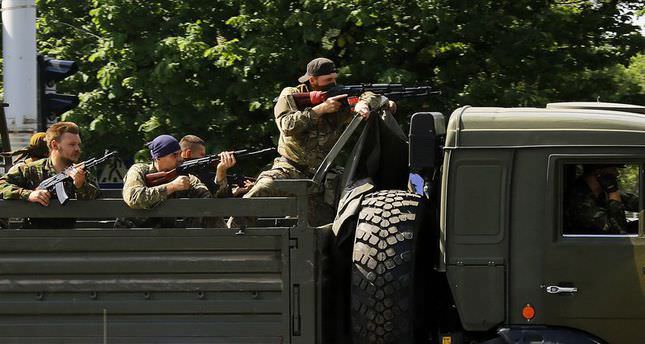 by Jul 04, 2014 12:00 am
At least 150 pro-Russian separatists and two Ukrainian soldiers were killed in heavy fighting in eastern Ukraine, the government said Friday.

The army targeted six separatist positions and surrounded the town of Nikolajevka, a spokesman for the anti-terrorist unit said in Kiev.

Four soldiers were wounded, he said.

President Petro Poroshenko ordered an end to the ceasefire Monday and the bombardment of Luhansk and Donetsk resumed. Separatists in the two self-proclaimed "people's republics" hope for additional military support from Moscow.

Ukrainian Foreign Minister Pavel Klimkin met the foreign ministers of Germany, France and Russia in Berlin on Wednesday, and they agreed to start talks by Saturday on another ceasefire between Kiev and pro-Russian rebels.

But Poroshenko told US Vice President Joe Biden in a phone call Thursday that a new ceasefire would be possible only if both sides commit to honouring the agreement.