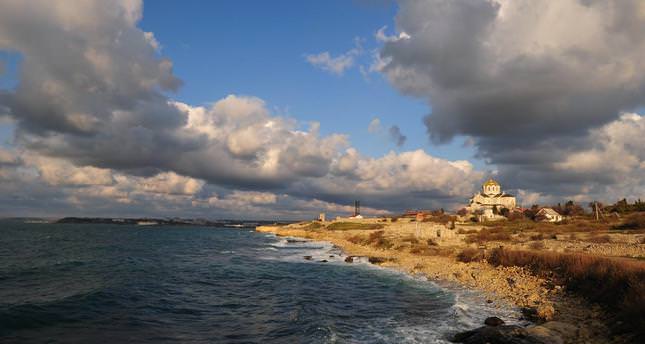 by Daily Sabah Jul 06, 2014 12:00 am
According to Canadian daily media outlets, a Russian state-owned television channel advised viewers to go to Crimea instead of Antalya claiming that both the prices and climate are better in Crimea, which is an innocent but misleading request. Being on Turkey's Mediterranean coast, the resort region of Antalya has attracted countless tourists thanks to its gentle climate, blue waters, green mountains and peaceful beaches. In the past, the Ancient Greeks and Romans enjoyed Antalya and today Russians continue to vacation there.

Ancient Greeks, however, considered Crimea to have been inhabited by a wild and ungovernable people. Crimea is on the northern Black Sea coast where the water is colder and darker than the Mediterranean. "It seems to me like Russia was trying to send a message to Turkey," said Tarık Oğuzlu, director of the Center for Social, Political and Economic Research at Antalya International University. " 'If you won't support us in Crimea, we will find a way to hurt you,' they might be saying. It could be a form of blackmail," Oğuzlu added.

On the other hand, Ukrainian authorities said that Turkey was the most popular country for holidays among Ukrainians in June. The Ukrainian Tourism Information Centre noted that around 200,000 Ukrainians have visited Turkey this year.