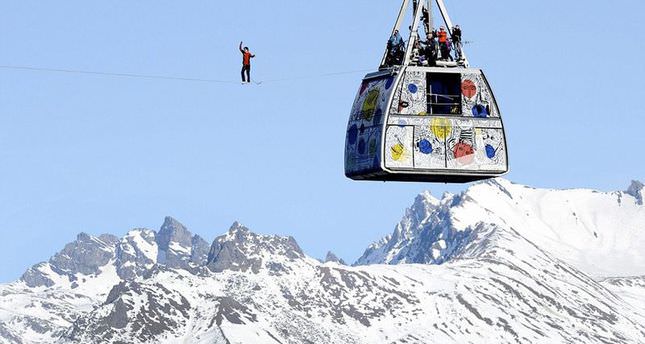 by Jul 09, 2014 12:00 am
Mountain-climbers have made a grisly discovery in the Mont Blanc range of the Alps - the body of a young climber preserved in ice for 32 years.

The body of Patrice Hyvert, who had been training to be a guide, was found last Thursday by two mountain-climbers, local newspaper Dauphine Libere and other media reported.

Hyvert was last seen alive on March 1, 1982, when aged 23, he took off on a solitary climb up the western side of the "Aiguille Verte" mountain, part of the Mont Blanc massif that straddles the French-Italian border, before bad weather set in in the afternoon.

Another climber was evacuated from the same mountain two days later, but Hyvert was never found.

Local police confirmed to newspapers that the frozen body was that of the missing climber, finding his identity card still in his wallet.
The discovery came as a shock to Hyvert's 82-year-old father, Gerard.

"I'm a mountain man, and I would have preferred him to stay up there," he told RTL radio. "He was better on a mountain than in a coffin. He was in his element."

The dangerous terrain, and inclement weather, of the Mont Blanc range results in scores of deaths of mountain climbers each year. The bodies of the missing are often discovered the following year after the ice thaws.