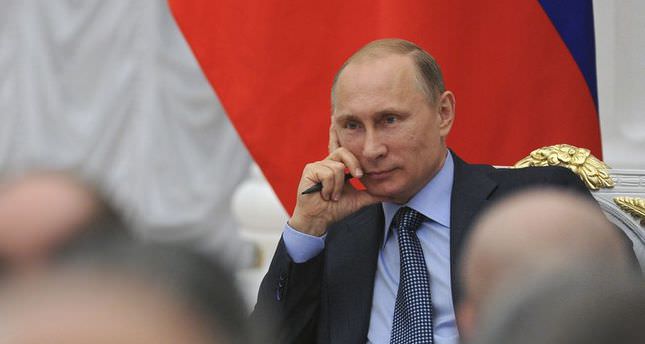 by Jul 10, 2014 12:00 am
Russian state companies, the backbone of the economy, can only have accounts at banks with capital of no less than 10 billion rubles ($296 million) or at those with ties to the government, a senior finance ministry official said on Thursday.

The move, under discussion since June, is aimed at protecting some of Russia's largest companies from an economic downturn, worsened by Western sanctions over Ukraine, and to protect depositors in the case banks lose their licenses.

Earlier, Russia's central bank had been discussing a requirement that state companies would only be allowed to have accounts at banks with capital of over 16.5 billion rubles ($480 million).

But Deputy Finance Minister Alexei Moiseev told Reuters that the central bank and the Finance Ministry had now agreed that state companies will be allowed to have accounts at banks with capital of a lower amount - no less than 10 billion rubles.

"Banks must meet one of three criteria - their capital must be no less than 10 billion rubles, or the bank is directly or indirectly controlled by the state, or there is a special situation where the government can put a bank on the list at the request of a strategic company," said Moiseev.

This encapsulates a larger network of banks - some 100 banks versus around 50 banks that would have met the previous requirements.

The companies, including some of the country's largest energy, gas, banking and transport companies such as Rosneft, Gazprom and Aeroflot, should also hold accounts at banks directly or indirectly controlled by the state, Moiseev said.

Russia's largest banks are the state-controlled Sberbank and VTB.

The central bank has been on a campaign to clean up the banking system and crack down on money laundering.

Russia just under 900 banks, mostly small, and many are suspected of servicing the shadow economy. Since taking up her position as central bank head last year, Elvira Nabiullina, has made it clear she wants to tighten banking supervision and shore up large-scale capital flight to boost the flagging economy.

The government has also been considering banning state companies and other strategically important firms from holding accounts at foreign-owned banks, a source familiar with the proposals told Reuters last month.

Analysts doubted that the plan would be adopted, saying it would be highly damaging for Russia's investment climate and would face opposition from major companies.