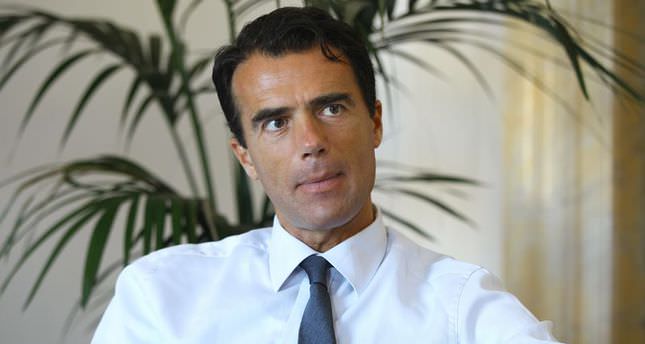 Italy will throw the full weight of the EU presidency behind Turkey's accession bid as it takes over the office, Italian under-secretary for Europe Sandro Gozi has told the Anadolu Agency.

Gozi said Turkey's accession to the EU would contribute to the 28-member bloc economically, socially and culturally.

He said: "We have always welcomed and supported Turkey's EU membership. We always want Turkey to be included in the EU more and this will be among Italy's priorities."

Stating that Turkey should make good use of Italy's presidency period, Gozi said: "Italy is determined to accelerate Turkey's EU membership process, hence we will do our best to support Turkey's EU bid."

Italy took the EU's rotating six-month term-presidency in June from Greece – the 12th time it has held the office since it founded the European Economic Community with five other nations in 1957.

Turkey and the EU opened accession talks on Chapter 22, which covers regional policy, after France lifted its block on the chapter in November 2013.

Beginning accession talks on 35 negotiation chapters in 2005, Turkey has seen very little progress amid opposition to Turkish membership in some EU countries, including France, and the unresolved Cyprus dispute.

Gozi, emphasizing that Turkey would play a key role in the EU in terms of the regional security, said: "There are also common economic interests between Turkey and the EU which is one of the main reasons for Italy's support for Turkey's membership.

"The latest developments on the Kurdish issue are also impressive but we still have things to do together. The negotiation process will have positive effect, both on Turkey and Turkish citizens."

Turkey has been working to implement the reforms needed for it to comply with the 35 negotiation areas that will secure accession. So far, only 14 'chapters' have been opened while 17 still remain blocked, due in part to the dispute over Cyprus.

New migration policies are among Italy's top priorities as it receives a large number of migrants from Libya, Syria and Iraq, many drowning during the perilous sea crossing to southern Italy.

"We are not in the middle of the economic chaos as a couple of years ago. As Italy, we think that EU should care for the human rights protection not only in countries' EU negotiations but also in Europe," Gozi said.

Italian Prime Minister Matteo Renzi had said the EU cannot turn a blind eye to migrant deaths and called for the EU to do more to help Italy's humanitarian program.