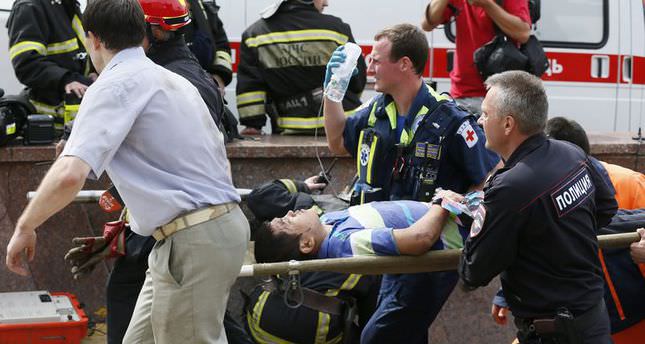 by Anadolu Agency Jul 15, 2014 12:00 am
The death toll in Moscow's subway crash has reached 19 and 150 people were injured, said Russian emergency officials on Tuesday.

A total of 106 injured people were taken to hospital for immediate medical treatment, Biryukov told reporters.

A train on the Moscow metro derailed between two stations, Park Pobedy and Slaviansky Boulevard, in Tuesday's rush-hour, an Anadolu Agency correspondent reported from the scene.

Officials pinned the blame on a decrease in high voltage on the line, which caused the train to make brake suddenly.

Rescue efforts to evacuate the people trapped at the accident are continuing. Several streets near the neighborhood where the incident occurred have been closed to traffic.