Court holds Dutch state liable for death of 300 in Srebrenica 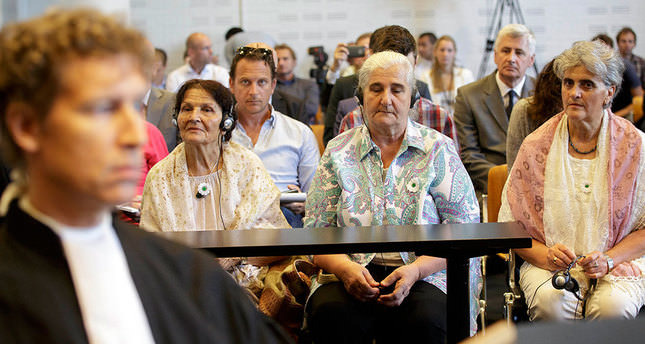 by Jul 16, 2014 12:00 am
The Netherlands is liable for about 300 of the more than 8,000 deaths in the 1995 Srebrenica massacre, a Dutch court ruled on Wednesday, pinning some of the blame for Europe's worst massacre since World War Two on the Dutch state.

A district court in The Hague said Dutch peacekeepers in Srebrenica, a Bosnian Muslim enclave in Bosnian Serb-held territory, could have known that the 300 men who had sought refuge in their base in the village of Potocari would be murdered if deported from the Dutch compound.

The court said the Netherlands was not liable for the deaths of those who had fled into the forests surrounding Srebrenica, where many of the men and boys were later buried in mass graves.

The ruling could set a precedent with implications for future peacekeeping deployments by the Netherlands or other countries.

During the Bosnian war, the Dutch battalion Dutchbat had been deployed to protect Srebrenica, which had been designated a safe haven by the United Nations, but surrendered to the much larger Bosnian Serb army commanded by Ratko Mladic, who is on trial for war crimes at an international court in The Hague.

The case was brought by the Mothers of Srebrenica, a group representing surviving relatives of the victims. They had failed in their bid to have a court find the United Nations responsible for the massacre.

"At the moment that the men were sent away, Dutchbat knew or should have known that the genocide was taking place and therefore there was a serious risk that those men would be killed," said judge Peter Blok.

The failure of Dutch soldiers to protect the Muslim men and boys of Srebrenica has left a deep scar in Dutch politics, contributing to the resignation of the Dutch government in 2002.

The three-year Bosnian war, in which at least 100,000 people were killed, was the bloodiest of a series of conflicts that accompanied the break-up of Yugoslavia in the 1990s.