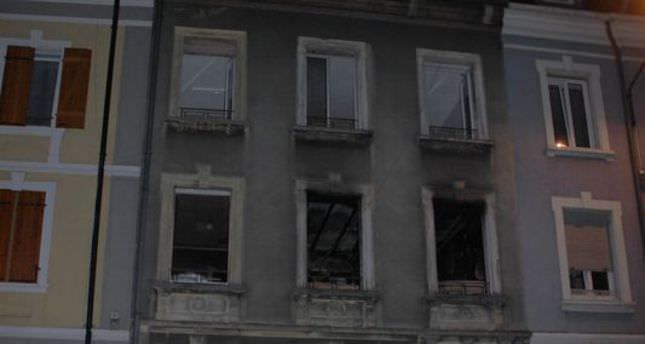 by AA Jul 17, 2014 12:00 am
Two Turkish parents and one child were killed in an apartment fire Wednesday in the eastern French city of Mulhouse, according to Dernierres Nouvelles D'Alsace newspaper.

The fire started in the Turkish family's flat on the first floor. In the family of six, three children - a five-year old girl and her two brothers of eight and 11 - were rescued by their father and removed from the building by firefighters.

Members of the family were transferred to hospital immediately but the mother, father and the eldest 13-year-old daughter died.

The Mulhouse municipality will provide psychological support to the rescued children, officials said.

The cause of the fire is yet unknown.