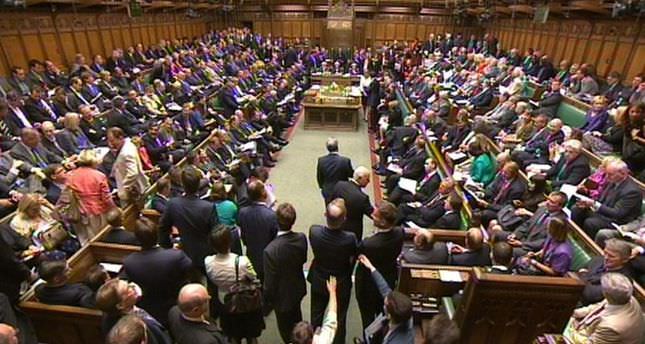 by Daily Sabah Jul 23, 2014 12:00 am
David Ward, a Member of the British Parliament from the Liberal Democrat Party is currently facing disciplinary action for posting pro-Palestinian tweets and questioning the West's stance on the issue.

"The big question is - if I lived in #Gaza would I fire a rocket? - probably yes." Ward stated and added: "Ich bin ein #palestinian - the West must make up its mind - which side is it on?"

The Liberal Democrat Party has expressed they condemn Ward's comments and stated the Liberal MP will be facing disciplinary action for his remarks.

Ward was previously subjected to disciplinary proceedings last year when he questioned the oppressive policies of the Israeli government: "Am I wrong or are am I right? At long last the Zionists are losing the battle - how long can the Apartheid State of Israel last?" He was suspended for three months for these remarks and refusing to apologize.

The ongoing conflict in Gaza has resulted in the deaths of over 630 Palestinians, including a significant number of women and children while residential areas, hospitals and schools are indiscriminately targeted by the Israeli forces.