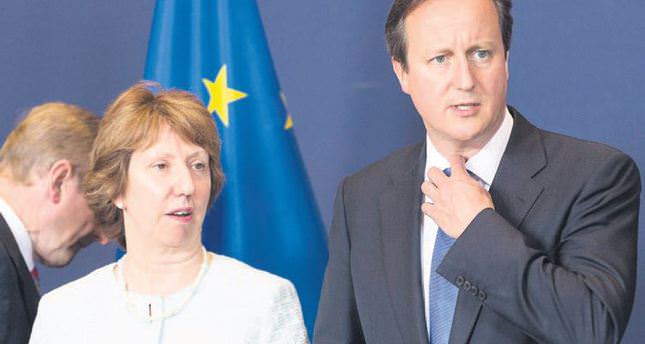 Amid the heightened tension between Russia and the West following the downing of a Malaysia Airlines passenger jet, EU foreign ministers met to impose additional sanctions aimed at hitting the Russian gas and oil industries

Foreign ministers from the EU's 28 member-states participated in a Foreign Affairs Council meeting yesterday under increasing pressure from the U.S. and U.K. to primarily discuss strict measures against Russia over the ongoing crisis in Ukraine following the downing of Malaysia Airlines flight 17. The need for a secure and detailed international investigation and full Russian cooperation were also addressed during the meeting. Regarding further sanctions against Russia, they responded to the guidelines set out by the special meeting of the European Council on July 16 where the U.K. and other European allies demanded tighter measures.

Before yesterday's meeting took place, Catherine Ashton, High Representative of the Union for Foreign Affairs and Security Policy (HR), said that EU foreign ministers were not yet ready to impose further sanctions against Russia, as the foreign ministers would discuss "how to move forward" before going forward with additional sanctions.

German Foreign Minister Frank-Walter Steinmeier emphasized the importance of the EU's diplomatic efforts to ensure "stronger measures" on Russia who are allegedly backing and arming the pro-Russian separatists, as Deutsche Presse-Agentur news agency reported. "[Russia] can and should do more to ensure that those who describe themselves as separatist leaders get the strong message that ... this is not an acceptable situation," HR Ashton said, adding that a new set of sanctions against Russia over the crisis in Ukraine agreed upon, in principle, at the special meeting of the European Council held on July 16, before the Malaysia Airlines jetliner was downed. At the July 16 meeting, European leaders discussed new EU sanctions on Russia while introducing a new set of 6 restrictive measures including suspension of financing operations, restricting investments in Crimea in line with the policy of nonrecognition of the illegal Russian annexation of Crimea and Sevastopol.

As the European leaders have already decided over broadening the sanctions on Russia over the Ukrainian crisis, U.K. Prime Minister David Cameron, together with other European countries, has urged the EU to threaten Russia with harsher sanctions over their part in the crisis in Ukraine. Several EU foreign ministers have called for an arms embargo on Russia - it is believed that the European Union would likely disagree over tougher sanctions, which are seen as a direct challenge for France, which is building two warships for the Russian navy worth 1.2 billion euros (TL 3.43 trillion) and Germany, which heavily reliant on Russian energy.

Under heavy pressure from the U.K. and U.S., in line with the delivery of the French warship to Russia, speaking during a dinner on Monday with the presidential press corps, French President François Hollande said that "the delivery a second Mistral helicopter carrier to Russia [would] depend on Moscow's attitude over the Ukraine crisis," according to Reuters. Russian Deputy Prime Minister Dmitry Rogozin also said that if "France cancels the contract, [it] would be worse for France than for Russia".

Along with reaching an agreement with German Chancellor Angela Merkel and French President Hollande for tougher sanctions on Russia, Cameron said on Monday that the EU needs to adopt "Tier 3," hard-hitting sanctions to hit Russian gas and oil and to impose an arms embargo on Russia. So far, EU sanctions against Russia have been considered as "relatively mild" compared with "Tier 3" sanctions.

As the existing "Tier 2" sanctions have imposed travel bans and asset freezes on specific Russian businesses, individuals and organizations in
Russian President Vladimir Putin's inner circle in response to the annexation of Crimea and the ongoing crisis in eastern Ukraine, European leaders can use "Tier 3" sanctions to block Russian access to European markets for whole sectors, mainly affecting the gas and oil industries as well as the Russian economy. The owners of some big Russian enterprises, such as Novatek, Gazprombank and many others, close to Putin have been the main targets for both EU and U.S. sanctions.

In addition, the U.N. Security Council approved on Monday evening an Australianproposed resolution calling for a full-fledged international investigation into the crash site with Russian support. In a unanimously adopted resolution, the 15-member body condemned the downing of the Malaysia Airlines flight in Ukraine. Russia, in an attempt to ease the tension, voted with Western powers. The Kremlin also stressed "the need for an immediate and unconditional cease-fire in the conflict zone" as Putin spoke to Dutch Prime Minister Mark Rutte on the phone, according to Reuters.
In a separate development, while Russia faces more tightened EU sanctions, Ukraine rebels reportedly handed over two black boxes, a "sign of collaboration between pro-Russian rebels in Ukraine and international investigators."

As EU leaders have focused on speeding up and widening sanctions, the tensions on in Ukraine have escalated dramatically since Ukrainian forces gained significant ground against separatists in the eastern. Malaysia Airlines flight 370 was downed in a rebel-held area in eastern Ukraine on June 17. There were 298 passengers and crew on board. There were reportedly at least 193 Dutch nationals, 27 Australians, 44 Malaysians, 12 Indonesians and nine Britons onboard.
RELATED TOPICS