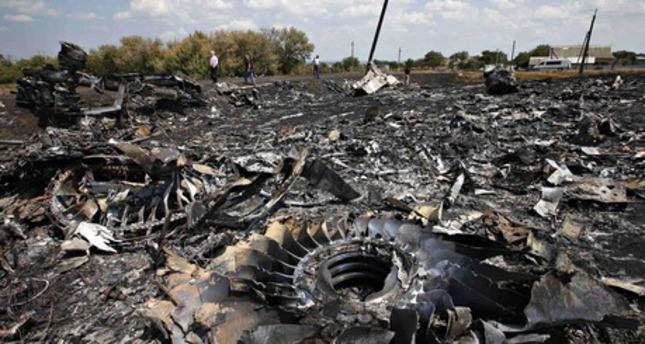 by Jul 24, 2014 12:00 am
Pro-Russian rebels shot down two Ukrainian fighter jets on Wednesday, not far from where a Malaysian airliner was brought down last week in eastern Ukraine, killing all 298 passengers on board. A spokesman for Ukraine's military operations said the planes were downed near Savur Mogila, a burial mound in the Shaktersky region where a memorial marks ambushes by the Soviet army on occupying Nazis during World War Two.

He said he did not have any information about the pilots. Igor Strelkov, who is now in charge of the rebel ranks in the eastern city of Donetsk, said the separatists had brought down one plane and that the pilot had ejected. He gave no further details. Fierce fighting raged near the rebels' two main centres in Donetsk and nearby Luhansk, where they have been pushed back by Ukrainian government forces, who have taken control of villages and suburbs around the cities.

Earlier on Tuesday, Kiev said the separatists were leaving their positions on the outskirts of Donetsk and retreating towards the city centre.