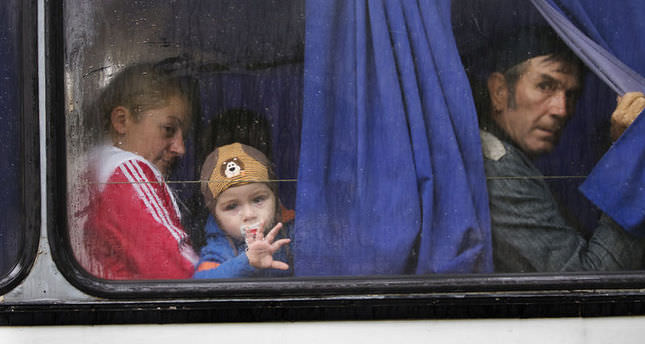 UNHCR spokesman Dan McNorton told reporters that the number of people who have left the conflict zone for other Ukrainian regions was now close to 100,000, while some 130,000 had crossed the border into Russia.