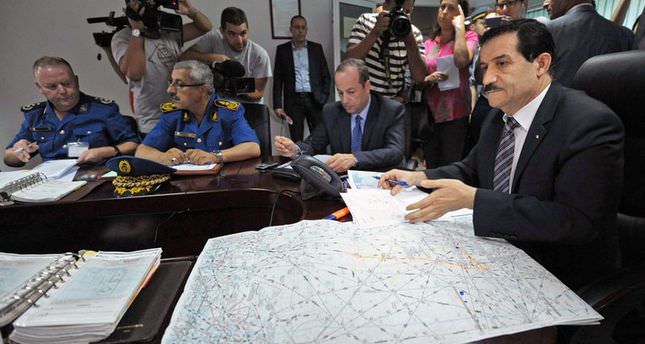 by Jul 25, 2014 12:00 am
Poor weather was the most likely cause of the crash of an Air Algerie flight over the West African state of Mali with 116 people on board, French officials said on Friday.

Investigators at the scene of the crash had concluded the airliner broke apart when it hit the ground, the officials said, suggesting this meant it was unlikely to have been the victim of an attack.

"The aircraft was destroyed at the moment it crashed," Interior Minister Bernard Cazeneuve told RTL radio of the wreckage of the plane carrying 51 French nationals which crashed in Mali near the border with Burkina Faso on Thursday.

"We think the aircraft crashed for reasons linked to the weather conditions. No theory can be excluded at this point ... but that is indeed the most likely theory," he added.

Separately, Transport Minister Frederic Cuvillier said the strong smell of aircraft fuel at the crash site and the fact that the debris was scattered over a relatively small area also suggested the cause of the crash was linked to weather, a technical problem or a cumulation of such factors.

"We exclude - and have done so from the start - any ground strike," Cuvillier told France 2 television.

He added that a column of 100 soldiers from the French force stationed in the region were on their way to secure the crash site near the northern town of Gossi. France deployed troops to Mail last year to halt an al Qaeda-backed insurgency.

Aviation officials lost contact with Flight AH5017 en route from Burkina Faso to Algeria early on Thursday after a request by the pilot to change course due to bad weather.