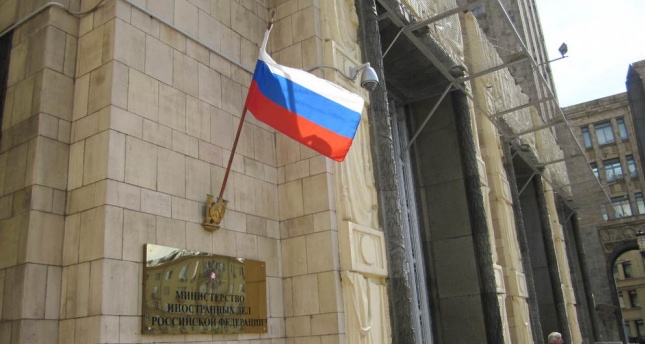 by Jul 30, 2014 12:00 am
Russia called new U.S. sanctions "destructive and short-sighted" on Wednesday and said they would only aggravate ties between Russia and the United States, already at their lowest point since the end of the Cold War over the Ukraine crisis.

"Such decisions by Washington can bring nothing but further aggravation of U.S.-Russia relations and create an utterly unfavourable environment in international affairs, where the cooperation between our states often plays a decisive role," Russia's Foreign Ministry said in a statement.

"The de-facto losses from this destructive and short-sighted policy will be quite tangible for Washington."

The United States and the European Union announced new sanctions against Russian banks, energy and defence firms on Tuesday, in carefully coordinated action against what they call Russia's instigation of a separatist uprising in Ukraine.

The measures mark the start of a new phase in the confrontation between Moscow and the West, which worsened dramatically after the downing of Malaysian flight MH17 over rebel-held territory on July 17.

The West says Russian-backed rebels almost certainly shot down the airliner with a Russian-supplied surface to air missile, killing all 298 people.

The targets of new sanctions include VTB, Bank of Moscow and Russian Agriculture Bank, the U.S. Treasury said. The measures prohibit U.S. citizens or companies from dealing with debt carrying maturities longer than 90 days, or with new equity.

Five of the six largest Russian state-owned banks are now under U.S. sanctions.