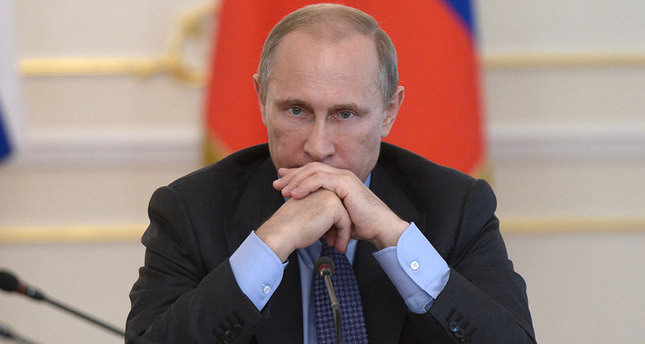 by Jul 31, 2014 12:00 am
NATO is not prepared for the threat of a Russian attack on one of its members, British lawmakers said on Thursday, calling for more equipment and troops to be positioned in the Baltic States, which, they said, were particularly vulnerable.

Parliament's Defence Select Committee said events in Crimea and eastern Ukraine had revealed "alarming deficiencies" in NATO's preparedness and should be a "wake-up call".

The military alliance has stepped up exercises in eastern Europe since Russia annexed Ukraine's Crimea Peninsula in March. Ukraine is not a member of NATO.

Ukraine's neighbour and NATO-member Poland has said it wants the alliance to permanently station troops in the region as a guarantee against Russian intervention. But most NATO members are reluctant because of the cost and the risk of further antagonising the Kremlin.

Britain and NATO have been too focussed on counter-insurgency warfare in Iraq and Afghanistan and radical reform is needed to be able to respond to current threats, the committee said.

"NATO has been too complacent about the threat from Russia, and it is not well-prepared," said Rory Stewart, chairman of the committee, made up of lawmakers from the ruling Conservatives and Liberal Democrats as well as from opposition Labour.

"The instability in Russia, President Putin's world view and the failure of the West to respond actively in Ukraine means that we now have to address urgently the possibility, however small, of Russia repeating such tactics elsewhere. In particular, the NATO member states in the Baltic are vulnerable," he said.

The committee's report said a NATO summit in Wales in September should agree plans for the positioning of equipment in the Baltic States - Estonia, Lithuania and Latvia - a continuous presence of NATO troops for training in the region and large-scale military exercises including representatives from all 28 NATO member states.

NATO should also improve its existing rapid reaction force, the committee said, as well as considering establishing a standing reserve force and a headquarters focussed on eastern Europe and the Baltic.

Britain this week said it would send 1,350 military personnel and more than 350 vehicles to Poland for a NATO exercise in October, aimed at reassuring its allies in eastern Europe.

"We are committing now to longer-term, large-scale exercises, we want other countries through NATO to participate as well. We are also looking at pre-positioning equipment on the eastern border and we are looking at more that can be done in terms of deterrence," he told BBC Radio.

"It is right now that NATO, as it pulls back from Afghanistan, should look to see what more it can do to deal with these very immediate threats on the borders of NATO."

The committee said the alliance also needed to be better prepared to deal with unconventional tactics, such as cyber-attacks, information warfare and irregular militia.

Substantial Russian minorities and the influence of Russian media make Estonia and Latvia particularly vulnerable to the type of information warfare that the committee said had been used to incite disturbances in Ukraine.

"The use of asymmetric warfare tactics present a substantial challenge to a political military alliance such as NATO," the report said. "These tactics are designed to test the lower limit of the alliance's response threshold, are likely to involve deniable actors, and work to exploit political division."

The European Union and the United States on Tuesday agreed further sanctions against Russia, in the strongest international action yet over Moscow's support for rebels in eastern Ukraine.

Moscow denies it is arming the rebels, protestations that are ridiculed in the West.