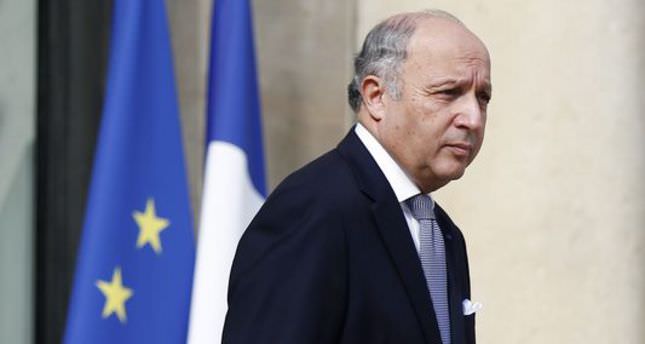 by Associated Press Aug 04, 2014 12:00 am
Israel's right to security does not justify the "massacre" of civilians, France's foreign minister said Monday in unusually harsh language against a close ally. The French president said Gaza was among the wars that called into question any ability to remain neutral.

"How many more deaths must there be to stop what must be called the carnage in Gaza? The tradition of friendship between France and Israel is old and Israel's right to security is total, but this right does not justify the killing of children and the massacre of civilians," Foreign Minister Laurent Fabius said.

The Gaza war, in its fourth week, has killed more than 1,800 Palestinians and more than 60 Israelis.

Fabius said a cease-fire, followed by a two-state solution, is needed and "should be imposed by the international community because, despite numerous attempts, the two sides have shown themselves to be incapable of concluding negotiations."

In a speech commemorating the 100th anniversary of the start of World War I, French President Francois Hollande said wars raging near Europe's borders called neutrality into question. In a grim litany of violence, he cited Ukraine, Iraq, Syria, Lebanon and, finally, Gaza.

"How can we remain neutral, when in Gaza a deadly conflict endures for nearly a month?" Hollande said. "There is an obligation to act."