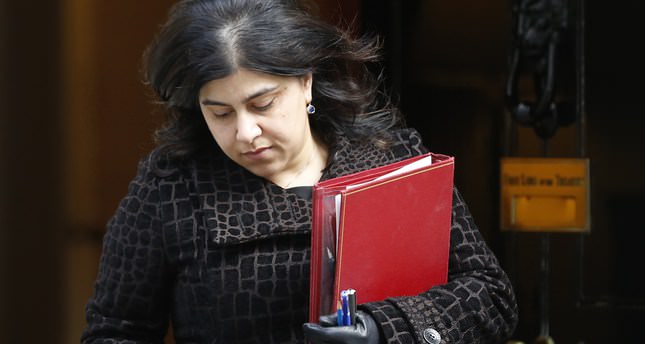 British minister Sayeeda Warsi resigned from her position as a senior foreign office minister on Tuesday, saying she could no longer support the government's policy on the conflict between Israel and Hamas.

"With deep regret I have this morning written to the Prime Minister (and) tendered my resignation. I can no longer support Govt policy on #Gaza," Warsi said on her official Twitter feed. 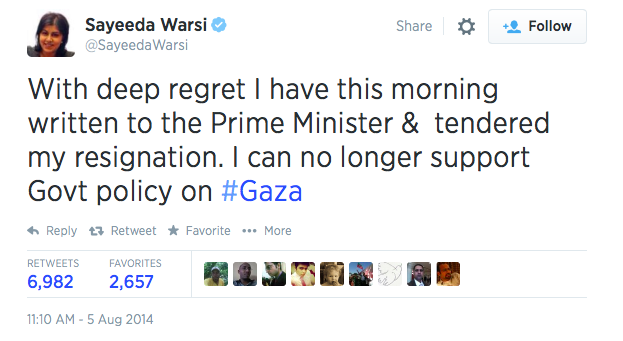 Warsi, a baroness, was senior minister of state at Britain's Foreign Office and minister for faith and communities. It was not immediately clear whether she was resigning from both roles.
Last Update: Aug 05, 2014 12:42 pm