Russia to discuss Karabakh issue with leaders of Armenia, Azerbaijan 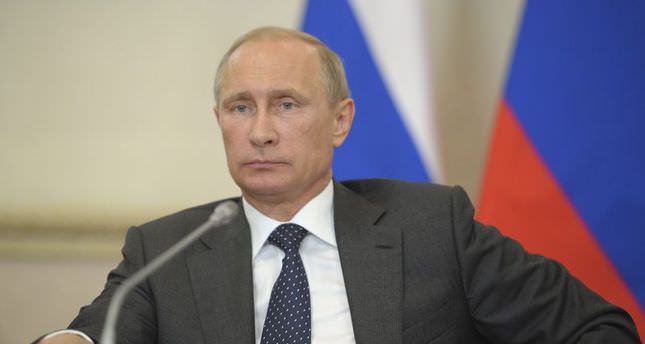 by Aug 06, 2014 12:00 am
Russian President Vladimir Putin will this week host leaders of arch-foes Armenia and Azerbaijan for talks as fears grow that military clashes may lead to a resumption of one of the bloodiest post-Soviet wars.

At the heart of the dispute is the fate of Nagorny Karabakh, a region mostly inhabited by ethnic Armenians that broke away from Azerbaijan with the help of Armenia in a war that claimed some 30,000 lives between 1991 and 1994.

The conflict has been festering ever since, with international mediators unable to find a political solution.

Both countries remain on a war footing and the brittle status quo has been punctuated by occasional skirmishes on the front.

Last week the simmering tensions boiled over into the fiercest clashes seen since a ceasefire was agreed in 1994. At least 18 soldiers have lost their lives.

The latest violence between energy-rich Azerbaijan and Moscow-allied Armenia comes as ex-Soviet republics are uneasily watching the Kremlin's historic confrontation with the West over Ukraine, where government forces are battling Russian-backed separatists.

Some experts warn that Putin's move to redraw the European map by taking over the peninsula of Crimea in March and the raging Ukrainian crisis could re-open old wounds or even spark new conflicts among former Soviet countries.

Analysts in Moscow said it was important for the Kremlin to try and quell the tensions between Azerbaijan, home to Western energy giants BP and ExxonMobil, and Armenia, which has been seeking closer economic ties with Russia.

"This will be a confirmation of Russia's role as main guarantor of security across the post-Soviet space and will remove fears that periphery around Russia will go up in flames," said Timofei Bordachev, head of the Moscow-based Centre for Comprehensive European and International Studies.

Putin will host Armenian President Serzh Sarkisian and Ilham Aliyev of Azerbaijan for separate meetings at his Black Sea residence in Sochi before convening trilateral talks.

"When they will end up at the same place at the same time, talks about Nagorny Karabakh will probably be unavoidable," Russian Foreign Minister Sergei Lavrov said on Monday.

Lavrov didn't provide any details of the upcoming negotiations, saying only they will take place at the end of the week.

Armenia said negotiations could take place either Friday or Saturday.

Russia's top diplomat admitted that helping the two countries reach a breakthrough after two decades of mediating efforts would not be easy.

"A multitude of attempts have been made and every time it seemed that some important milestone for reaching agreement was in sight but something stood in the way," said Lavrov.

International mediators Russia, France and the United States have all expressed concern over the outburst of violence.

In his efforts to mediate the crisis, Putin appears to be stealing the thunder of France's President Francois Hollande who sought to organise a similar meeting and visited both countries in May.

But many are also sceptical that Putin's efforts will bear fruit.

"The top task of this meeting will be to take the warring sides back to the 1994 ceasefire regime," said Armenian analyst Hrant Melik-Shahnazaryan.

"Nothing else should be expected from this meeting."

Some are wary about the timing of the latest clashes, suspecting they may be part of a new geopolitical power play on the continent.

"The United States wants to set afire the entire Russian periphery because it is acting according to the logic of the Cold War," said Bordachev.

Some experts in Armenia suspect the skirmishes may be in the interests of Russia, as they believe Moscow wants to station troops in Nagorny Karabakh to expand its influence in the Caucasus.