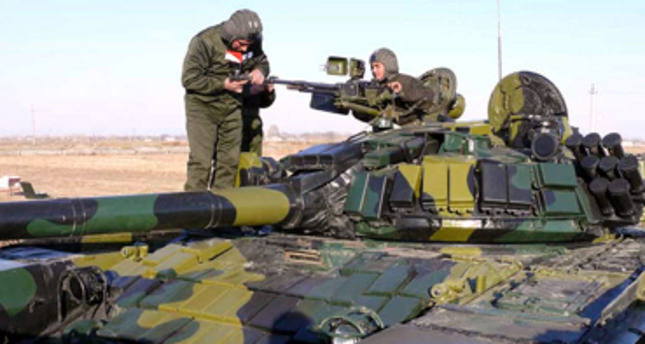 by AA Aug 07, 2014 12:00 am
Azerbaijani soldiers killed four members of a "reconnaissance and sabotage group" Thursday who tried to pass into Azerbaiijani territory, and took a fifth member hostage, authorities said.

Azerbaijani Defence Ministry said in a statement that the "reconnaissance and sabotage group" attempted to pass through regions in Azerbaijani control in the Tovuz province on the border between the two countries as tension in the volatile region reaches a new high.

The ministry said that Karen Petrosyan (25), a citizen of Cinari village in Berd province, Armenia, was taken hostage by Azerbaijani forces. The statement said authorities are investigating the plan and aim of the group.

The tension between the two countries came to the forefront of the world's agenda in recent days after a total of 13 Azerbaijani soldiers were killed by Armenian forces, violating the twenty-year Russian-brokered truce.

The two former Soviet republics fought a six-year war over the disputed region of Nagorno-Karabakh between 1988 and 1994. In 1994 a ceasefire was agreed, which has been periodically disrupted by cross-border incidents. The clashes over the past week have seen the highest number of casualties since the 1994 ceasefire.