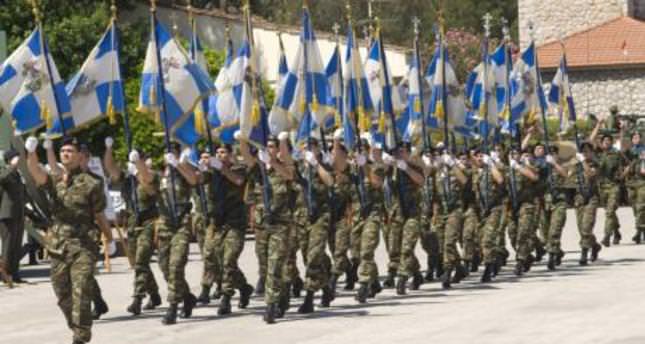 by Daily Sabah Aug 08, 2014 12:00 am
A Kosovan national television station has broadcasted a video, where nearly 50 Greek soldiers were strengthening their 'national spirit' by singing offensive songs filled with hatred against Turks, Macedonians and Albanians.

In the video, Greek soldiers sing about how they want to "suck blood of Turks, Albanians and Kosovans in the mountains." And that "Hagia Sofia will be the Greeks again and Cyprus and Macedonia will belong to Greece."

There has been a huge reaction in Albania and Kosovo after it was aired. The video is under investigation on when and where it was taken.