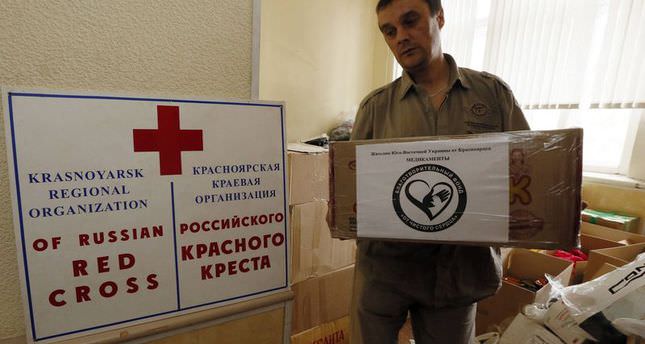 by Associated Press Aug 11, 2014 12:00 am
Russia will send a humanitarian convoy into Ukraine in cooperation with the International Red Cross, the Kremlin said Monday.

The statement was made in a readout of a telephone call between Russia's President Vladimir Putin and European Commission chief Jose Manuel Barroso.

It didn't say when the convoy would leave or provide any other details.

Barroso's office said in a statement after the call with Putin that he warned Russia "against any unilateral military actions in Ukraine, under any pretext, including humanitarian."

There was no immediate comment from the Red Cross.

In the past week Ukrainian government forces have intensified their military operations and surrounded Donetsk, the largest city in rebel-held eastern Ukraine. Exchanges of rocket fire and deaths from shelling have become a feature of daily life and hundreds of thousands have chosen to flee.

Russia has been urging Ukraine to allow it to send humanitarian aid to the residents of its eastern regions engulfed by the insurgency, but Ukraine and the West have opposed the move.