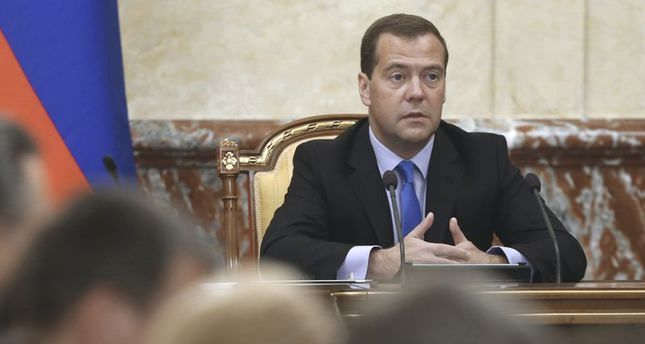 Hackers on Thursday broke into the Twitter account of Russian Prime Minister Dmitry Medvedev and posted a spoof message saying he was quitting.

The fake tweet had Medvedev saying: "I am resigning. I am ashamed of the government's actions. I'm sorry." Medvedev's office rushed to confirm his account was hacked.

In Russia, some people accuses Medyedev for being the puppet of President Vladimir Putin. Using the diminutive of Putin's first name, the hacker tweeted: "I have long wanted to tell you. Vova! You are wrong!"

"Crimea isn't ours. Please retweet," said another tweet, renouncing Moscow's claim on the Black Sea peninsula, which was annexed by Russian forces in March.

The tweets from Medvedev's account have since been removed.

There was disappointment among many in Russia's Internet-savvy middle class after Medvedev stepped down from the presidency to allow Putin to return for a third Kremlin term in 2012, a decision that sparked big street protests in Moscow.