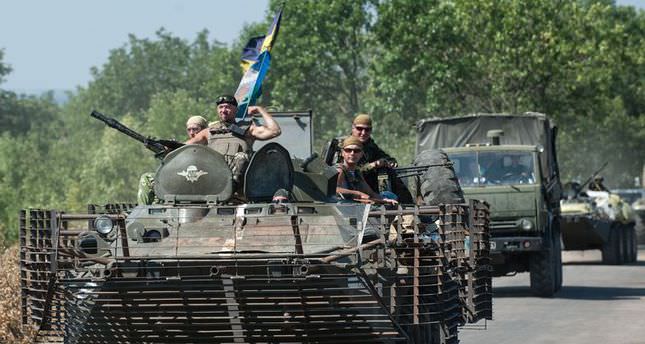 by Aug 15, 2014 12:00 am
Ukrainian artillery destroyed a "significant" part of a Russian armoured column that crossed into Ukraine during the night, President Petro Poroshenko told British Prime Minister David Cameron on Friday, according to the presidential website.