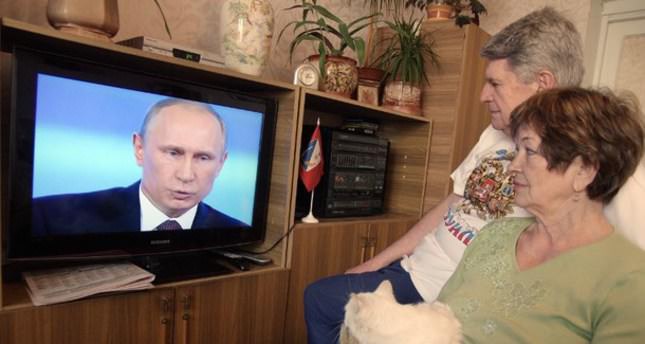 The fourteen channels are banned temporarily for "broadcasting propaganda of war and violence," Gerashenko said in a Facebook post.