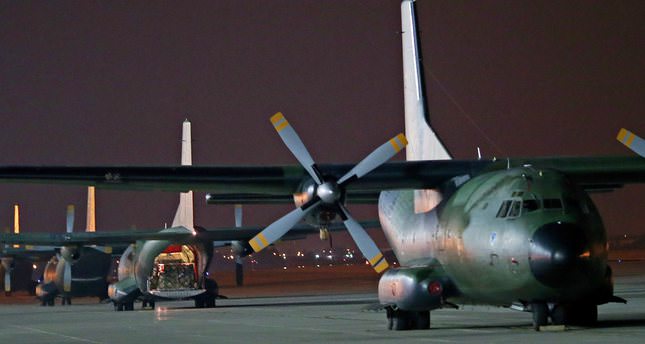 by Daily Sabah Aug 20, 2014 12:00 am
Turkey did not permit the landing of German Air Force's aircraft to Incirlik airbase in southern Turkey for layover, according to DPA. Tensions between Turkey and Germany continue following the recent revelation of German secret service spying on NATO ally Turkey since 2009 until now.

The German Air Forces aimed to deliver 36-tons of food and sanitation aid to Irbil, Iraq to assist people after ISIS militants have forced civilians out of their homes.
Last Update: Aug 20, 2014 2:48 pm
RELATED TOPICS