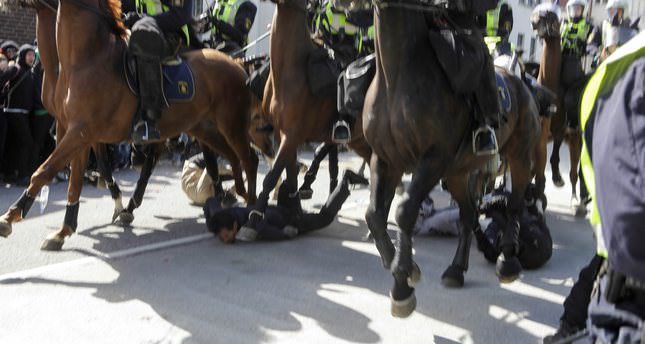 Police spokeswoman Ewa-Gun Westford said officers on horseback chased demonstrators who were "causing violent riots" in Malmo, Sweden's third-largest city. Swedish media published photos of people on the ground as police horses raced over them down a street.

Approximately 1,000 people had gathered in Malmo to protest an election rally by a far-right group, the Party of the Swedes, ahead of the country's Sept. 14 parliamentary vote.

Westford said a fourth person was slightly injured after being hit by a police van.

"It goes without saying that we are not happy with what happened today," Westford said.
Last Update: Aug 24, 2014 9:23 am
RELATED TOPICS