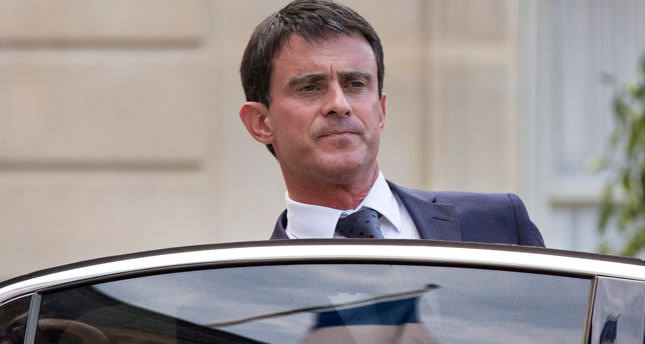 After only 147 days in French parliament, Prime Minister Valls is to form a new cabinet after harsh criticism of his economy policies, while having inherited a risky situation in which a number of economic problems remain

French Prime Minister Manuel Valls is to form a new cabinet today following heavy criticism from his economy minister on the French government's austerity policies. The move came after French President François Hollande's order to shake up the cabinet. Valls submitted the resignation of his four-month working government on Monday in order to reconcile policy differences within the cabinet to put an end to the ongoing political turmoil. However, France's current economic situation is likely to remain flat as the new cabinet's attitudes toward the current socio-economic problems will endure. In response to criticism, Valls defended the economic policies his government put in place, saying that a change in the future direction of the economy is "out of question" while describing calls for another strategy as "irresponsible."

Amid mounting political and economic pressures on President Hollande and Prime Minister Valls' government, this rapid move proves that Hollande will continue his austerity policies along with his ally, Germany, whose budgetary austerity is believed to be a remedy for restoring deteriorated eurozone policies.

So far, the government has faced many critiques from the right wing of the cabinet. The French Economy Minister Arnaud Montebourg on Sunday harshly criticized Germany's austerity measures when applied to all eurozone states as undermining France's economic growth and unemployment rate that France has been suffering from for so long. "France is a free country that shouldn't be aligning itself with the obsessions of the German right," minister Montebourg said, while attacking the government's economic policies and calling for "just and sane resistance" in order to avoid a stagnant French economy.

Regarding the dissolution of the cabinet, the latest move has faced various reactions from the French political spectrum, as many call it "as an end to socialist governance" and wait for the next parliamentary elections as the sole solution. "It's the continuation of the disintegration of the policy of François Hollande,"

Le Pen told French daily, Le Figaro. "We are close, closer than ever to the dissolution that we have been calling for weeks," she asserted while pointing growing influence of right-wing extremism in the local and European elections.

Since Hollande's presidency that began in 2012, the French economy has been suffering from a total halt as it displayed zero growth for the second consecutive quarter. The majority of French people do not approve of Hollande's "stewardship of the economy," according to French opinion polls. According to a survey conducted by the French Institute of Public Opinion (IFOP) in 2012 for the center-right French daily newspaper, Le Figaro, 54 percent of French voters were not happy with Hollande's overall performance. As the survey indicates, a couple of months after Hollande became president, the socialist government's popularity was already at stake.

In an effort to fight France's dissatisfaction with his presidency, Hollande reshuffled his government and appointed Manuel Valls on March 2014 as France's new prime minister after the devastating defeat of the French left. With his feet firmly on the left, Valls has also been referred to as "socialist Sarkozy" as the Economist wrote, referring to his bold attitude toward the existing socio-economic problems. In his first speech to the French parliament, he mentioned economic problems that Hollande promised to renew. He announced labor reforms and a package of cuts in business taxes with a more businessfriendly economic policy instead of Hollande's policy of raising taxes on business and the rich. He also promised to cut 19 billion euros ($25 billion) from state spending, 10 billion euros from the health budget, and 10 billion euros from local governments. This shows that his stance on the economy distinguishes him from Hollande and the rest of the left.

The appointment of Valls as prime minister was first seen as a fresh start for the French political scene under Hollande's unpopular presidency, which has had the lowest popularity of any past French president. Valls's arrival was seen as a precursor of the new wave of changes in the French left. He has a different way of governing than Hollande has had so far. In comparison with Hollande's silence, Valls seems to be more courageous. However, this has not yet led to increased French contentment with the French presidency and its socio-economic policies.
Last Update: Aug 26, 2014 4:16 pm
RELATED TOPICS